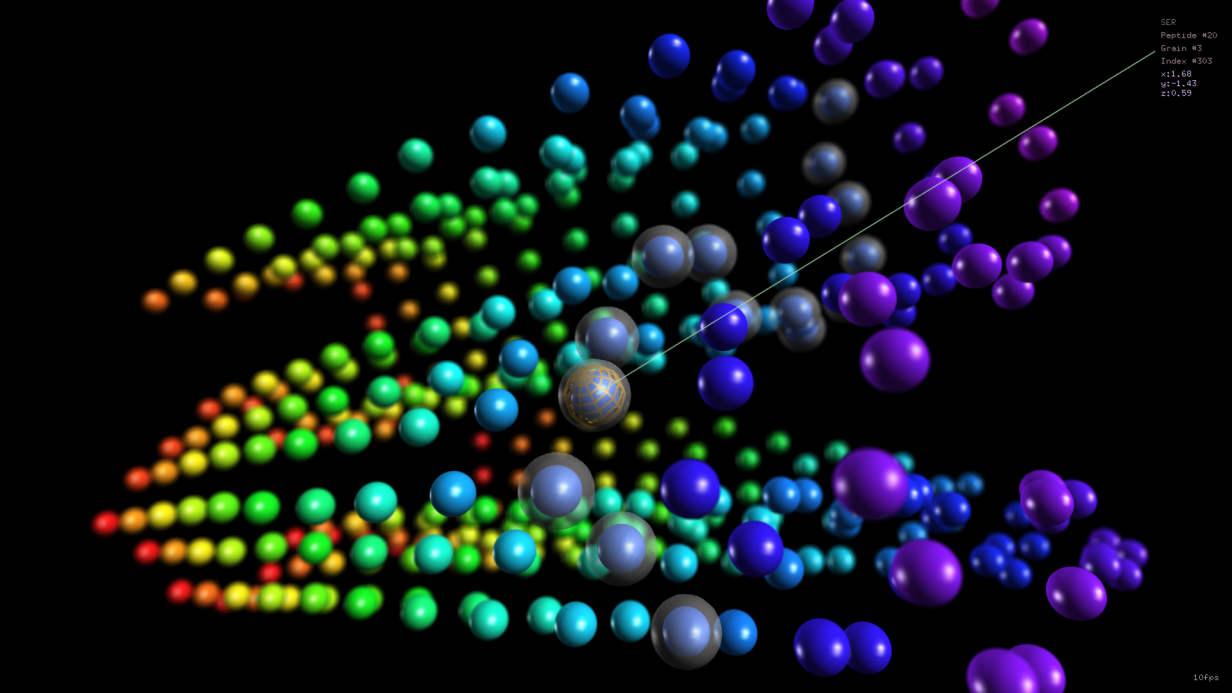 Self-assembling peptides can be useful for clinical applications, for instance as scaffolds based on beta-sheets motifs.

In a recent paper published on Scientific Reports we showed that the identification and characterization of beta-sheets in MARTINI-based moleculary dynamics simulations can be effectively solved by means of hyper-graphs. We named this approach HyperBeta. In order to simplify the analysis of the results, HyperBeta is also shipped with a visualization tool named HVT, which leverages all kind of visual cue to assist the interpretation of the resulting 3D structures.